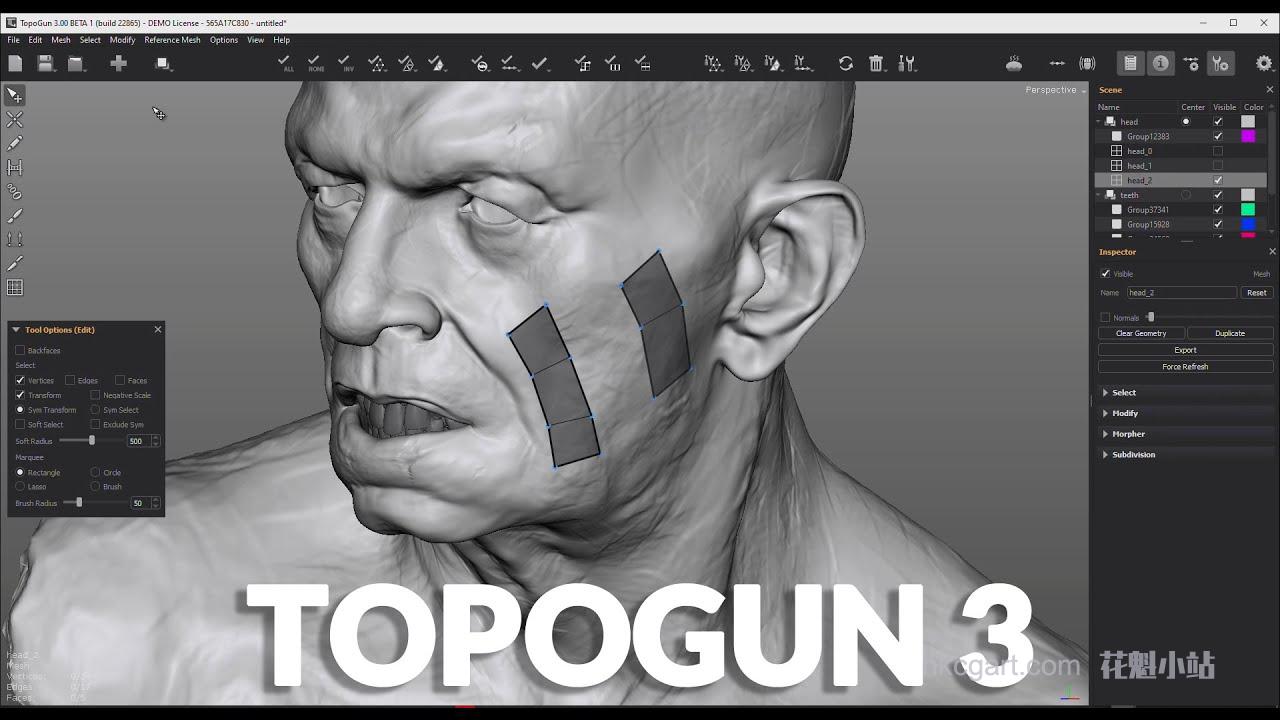 It appears that the new version will mix manual and semi-automated retopology features, allowing users to paint masks and this split a sculpt into separate meshes.

The recently released video includes a complete timelapse of the process of retopologising a human head. The toolkit mixes both manual and semi-automated workflows, letting users draw guide curves to control the flow of edges generated automatically.

There's also is a new Patch tool that can be used to sketch out major regions of a sculpt following anatomical landmarks for TopoGun to generate new topology automatically. You can then use these patches and combine them to create a new low-poly surface for the entire model.

What is more, the new update will allow users to turn parts of a sculpt into separate meshes by painting masks. You can, for example, take ears and deal with them separately.

What do you think about the upcoming update? Share your thoughts in the comments. Learn more about TopoGun here.